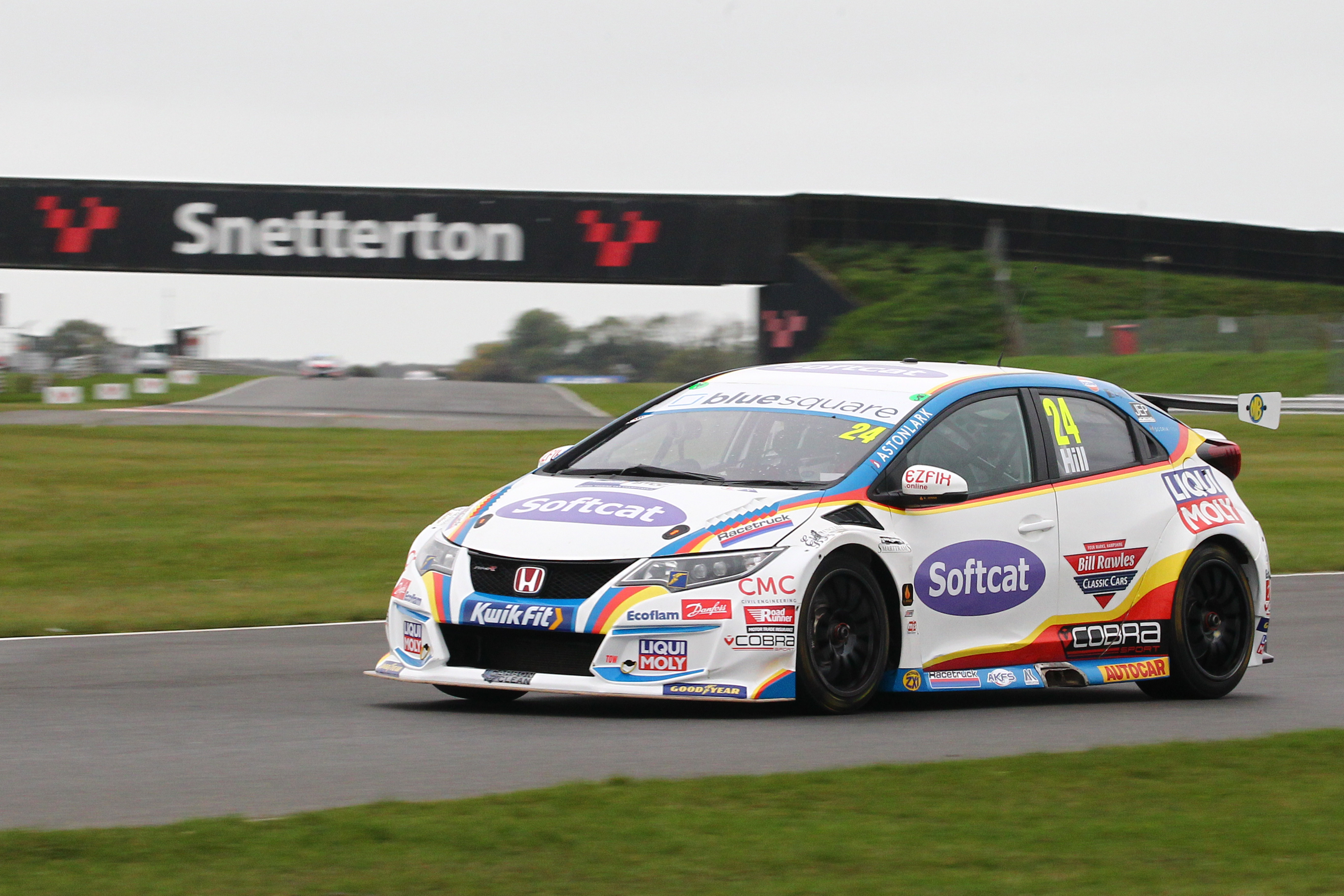 It was another excellent day at the office for MB Motorsport accelerated by Blue Square as Jake Hill claimed his third P2 qualifying finish of the season and Sam Osborne closed out the day in P18 at a chilly Snetterton Circuit.‍

Heading to Norfolk just two weeks after the team’s most successful outing of the season at Croft earlier this month, Jake, Sam and the team were in confident mood as they looked to continue their recent form at the campaign’s penultimate event.

Saturday’s unique session format kickstarted with an extended practice session which would be the field’s only running of the day ahead of qualifying. The fifty-minute session was interrupted by a single red flag but both Sam and Jake made positive starts. The early running saw Sam running comfortably inside the top-fifteen while Jake would initially claim top-spot before dropping to P3 in the first set of push laps.

Lap-times improved across the board in the second half of the session which ended up with Sam closing out the session in P19, well in the mix with the midfield runners. Jake meanwhile enjoyed a storming finish to the session claiming top-spot by over half a second with a 1:57.320.

Qualifying too would look different at the Norfolk circuit as the initial twenty-five-minute session would offer the top-ten drivers an additional ten-minute shootout to find out who would claim pole.

Both Jake and Sam started the initial qualifying session in a positive manner, with Jake topping the time sheets through the early stages and Sam running inside the top-twelve for the majority of the session. As the second set of push laps came around, times began to fall across the board.

Having been the highest-placed Jack Sears entrant for the majority of the session, Sam was unfortunately pipped by fellow competitor Michael Crees in the dying seconds of the session meaning the #4 car lines up in P18 for tomorrow’s opening race. Firmly in the mix from the outset, Sam’s eyes are set on a positive race day in the Jack Sears Trophy.

Happily inside the top-ten, Jake decided not to push during the final phases of the first qualifying session and would ultimately close out the first session in P8 as attention turned to the ten-minute showdown.

With so little time on the clock and the margins so fine, the scene was set for a dramatic conclusion to the day’s events. With Tom Ingram setting the tone with a quick lap from the outset, Jake built tyre temperature as the clocked ticked down and the #24 driver gave himself two opportunities to give his all to claim his maiden BTCC pole position.

A superb second flying lap was enough to give the 26-year-old provisional pole as the tension rose with the clock ticking down. With Championship contenders Ash Sutton, Tom Ingram and Dan Cammish unable to overhaul the MB Motorsport man, Jake looked set to claim his first-ever BTCC pole position until defending champion Colin Turkington pipped him at the death.

Despite being tinged with disappointment, today’s result continues Jake’s fantastic qualifying record of claiming a top-ten start in ever round of the season so far and opens up an exciting day in wait tomorrow.‍

“It’s been a very good day once again for the team. It feels quite strange to feel a little disappointed with P2 but Jake has continued his excellent form and is well set for tomorrow. Sam made a big jump from practice into qualifying and he was looking extremely strong until a little mistake in the last corner of his final lap. Sam is demonstrating excellent pace, particularly in the second sector, so we are really looking forward to race day tomorrow.”‍

“We’ve set things up for a very interesting race day tomorrow and that’s what Saturday’s are all about! Things are set very tight in the Jack Sears and Sam is focused on three finishes tomorrow and taking things forward step-by-step. Jake once again has showcased his ability and he is on right on form right now. We’re all hoping tomorrow could be a memorable day all round.”‍

“There haven’t been too many times that I can say I have been disappointed with P2 but Colin pipped us right at the very end there, when I thought it just might have been ours. It’s another really strong day and the car feels mega. I’ve got nothing to lose tomorrow so as always, I will be giving it everything to get the result that we all want!”‍

“I really felt we have made a lot of progress today and am looking forward to everything that  tomorrow brings. We are really strong in the second sector and have made big improvements in the final sector too. I’m a little disappointed that the final corner of my last flying lap cost us a few places but we are right in and amongst it heading into race day.”