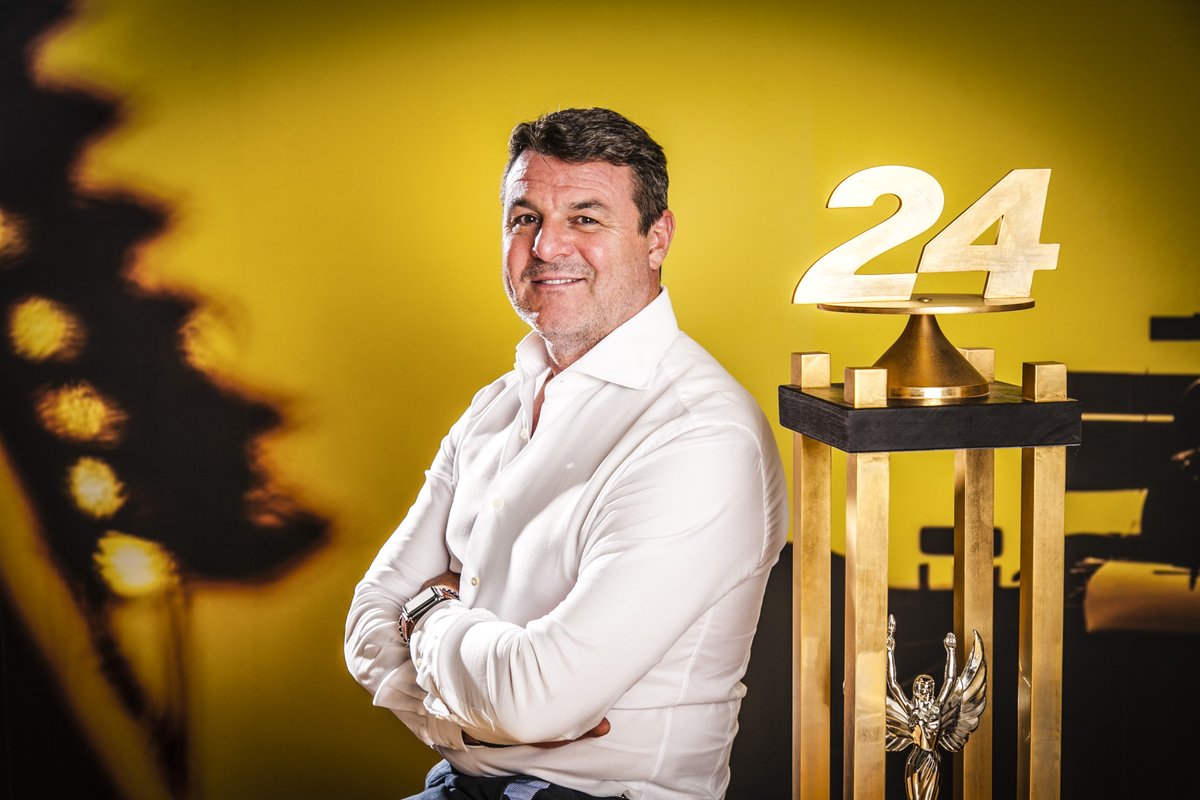 Blundell: We Will Be Giving It All We Have Got

Ahead of this weekend’s BTCC season-opener at Donington Park, MB Motorsport accelerated by Blue Square will be bringing you an exclusive interview with one team member each day as they share their thoughts, hopes and ambitions for the season ahead! Today is the turn of Sporting Director, Mark Blundell, who is starting a new chapter in his own career and cannot wait to get the season underway.‍

For many, retirement is seen as the perfect time to put the feet up, relax and take some time out. For Mark Blundell, that couldn’t be further from the truth. After calling time on his own driving career at the back end of 2019 after enjoying successful spells in Formula One, Sportscars and IndyCar in a glittering career that spanned more than three decades, Blundell wasted no time in setting himself his next challenge - stepping into a team management role.

With the formation of MB Motorsport accelerated by Blue Square having been announced back in February, Blundell has had to wait a while to step into his new Sporting Director role due to the global Coronavirus pandemic. Now though, with less than a week to go until the first race day outing of the newly rebranded outfit, Mark cannot wait to get back into the action.‍

“Everyone in every walk of life has had to be patient in getting back to things that they love through the current situation. Some people have already been able to, others are still waiting - for us, it is our turn this weekend and I cannot wait. Those who have motorsport in the blood will know what I mean, but I’ve still got the same excitedly nervous feelings as I did way back when when I was just getting started out as driver myself.”

“Calling it a day from being behind the wheel was always going to be tough, it is for anyone when you have done something for so long, but it was the right decision. Last year was a baptism of fire but there’s something about the British Touring Car Championship that sticks. You’ve got a grid full of talent, going toe-to-toe and fighting it out and I don’t think you can ever safely call who is going to bring it home until they’ve crossed the line on the last lap. Those are the things that make you fall in love with motorsport in the first place.”

“Moving into a management role this year alongside Shaun at MB Motorsport accelerated by Blue Square was the perfect next step. Shaun is incredibly experienced from a BTCC standpoint and I’ll bring different experiences and can be very relatable from a driver’s perspective. I think it’ll be a good combination which will hopefully produce the results we all want it too.”‍

Mark’s fondness of the platform of the BTCC is clear and it was a mixture of its immense popularity and incredible accessibility and engagement from a fan’s perspective that meant he wanted to extend his association with the Championship.

“The Championship has done so many things right - it’s kept the fans as close to the experience as possible, it acknowledges the importance of Independent teams and ensures of as level a playing field as possible which leads to its unpredictability. You look around the world and you’ve got so many series’ that are struggling yet domestic motorsport in Britain is thriving and the BTCC is really leading the way in that regard.”

"We’ve seen that through a really tough period that everyone has just had to go experience. Whilst that race is still being fought, we now have the opportunity to put on a great show for so many that have missed something they love so much. I don’t know what we can all expect, as in Touring Cars you never do, but it’s not going to be one to miss that’s for sure and we’ll be giving it all we have got.”‍

Blessed with three decades of experience behind the wheel himself, Mark is looking forward to supporting the team’s young driver trio this year and is confident that each of them has a successful year in store.

‍“A big part of my role is to allow the drivers to extract as much as they can from their own ability. I saw firsthand just how good Jake can be last year and I honestly think he has another level to go and can be even better than he thinks. We’ve got a great relationship already, I just hope that stays intact as I’m going to pushing him a lot this year!”

“Sam has enjoyed a really strong pre-season, even if it was disrupted. He is a great kid and I think he has a lot of confidence in the machinery he has underneath him too which is such an important element. That’ll give him the faith to drive it on the edge and he’ll be all the stronger for it.”

“With Esmee, she’s already shown how immensely talented she is. To jump in that car at Snetterton in awful conditions and deliver 40 faultless laps and post some very competitive times was very impressive. She’s told me that this is a really big year for her and she knows she has everything around her to help her take that next step.”