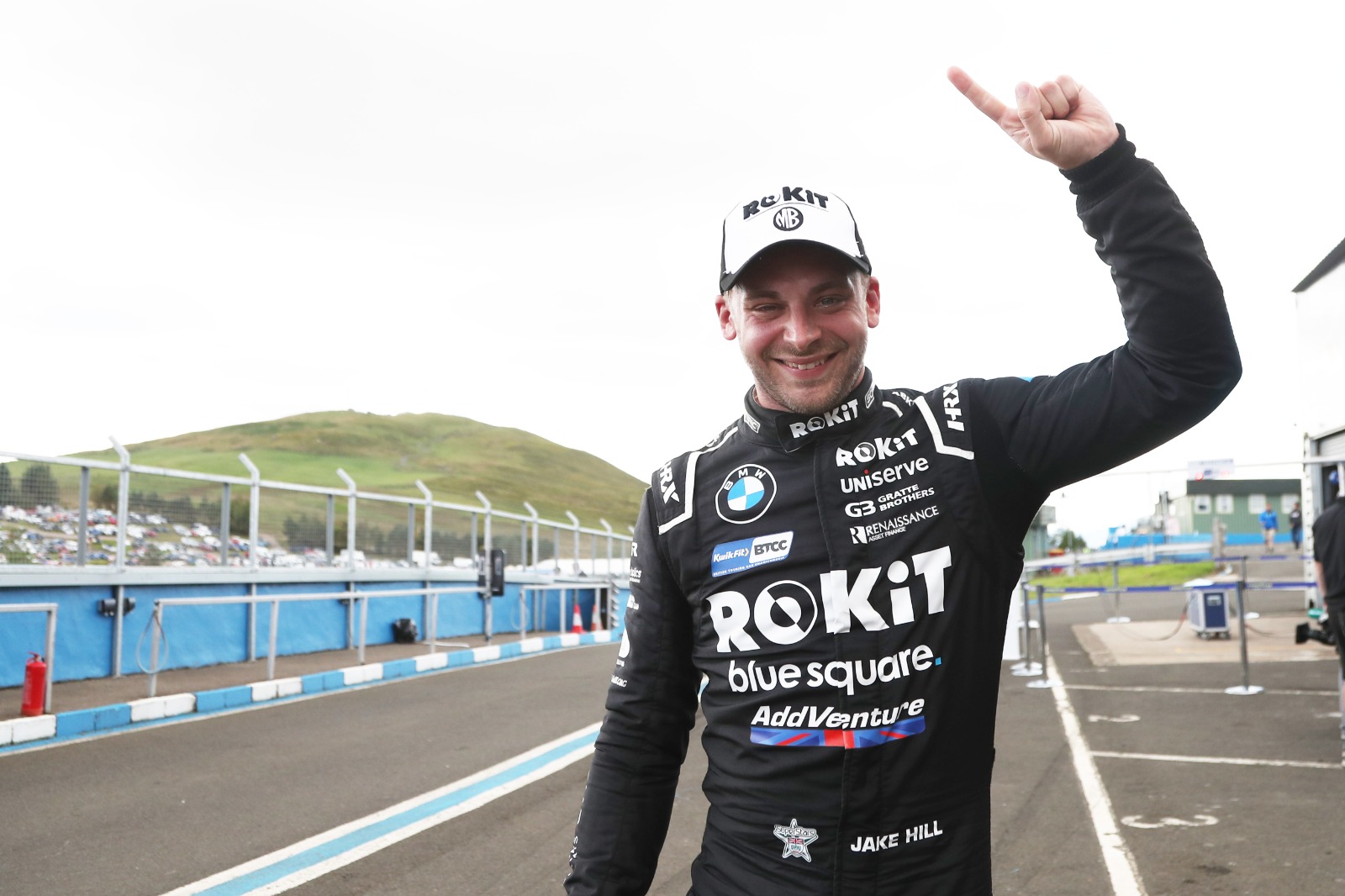 ROKiT MB Motorsport and Jake Hill collected their second pole position of the season thanks to a dominant qualifying performance at Knockhill. Setting the tone early in the session and improving throughout, Hill claimed the top spot by a clear 0.2 tenths around the 1.27-mile circuit.

The BRDC SuperStar topped the timesheets early in the session with his first flying lap - a position that the 28-year-old would not relinquish for the entirety of the session.

Wet conditions greeted the team at the start of the day through a damp first free practice session where Hill closed the session in P6 after a couple of late finishers had changed to slicks as conditions dried.

The second free practice session of the day brought a spell of consistent dry running as the West Surrey Racing team ran through their pre-qualifying programme. Here, Jake showcased a sign of what was to come as he consistently ran at the top end of the timesheets. Ultimately, Jake closed the session in P2 just one hundredth off of Ricky Collard.

As qualifying rolled around, hopes were high that Jake could convert his strong pace into a strong result - and so it proved. Within the first set of flying laps, Jake laid down a gauntlet to the rest of the field as he shot to the top of the sheets with WSR stablemates Colin Turkington and Stephen Jelley impressing as well.

At the halfway stage of the session, it was reigning champion, Ash Sutton, who was within shooting distance of Jake’s fastest time. While Ash would improve in the second half of the session, Jake delivered lap after lap chipping away at his best time to sit two-tenths clear at the top of the field with a 50.726.

A late red flag reset the clock to a five-minute shootout which caused some late session nerves in the garage but Jake held firm to give himself the best possible starting position heading into race day tomorrow.

“I am absolutely over the moon. The car has felt fantastic all day, the team have done a mega job and it properly felt like a ROKiTship out there! I felt like we were going to be strong out there but to perform like that was fantastic. We need to convert and make it count tomorrow but we are in the best possible place to maximise it.”

“Jake and the team have done a superb job today. Two-tenths is a huge margin around Knockhill so credit to all the WSR boys and girls for giving Jake such a great car today. We’ve got some happy memories from Knockhill over the years, so let’s hope tomorrow can give us even more!”