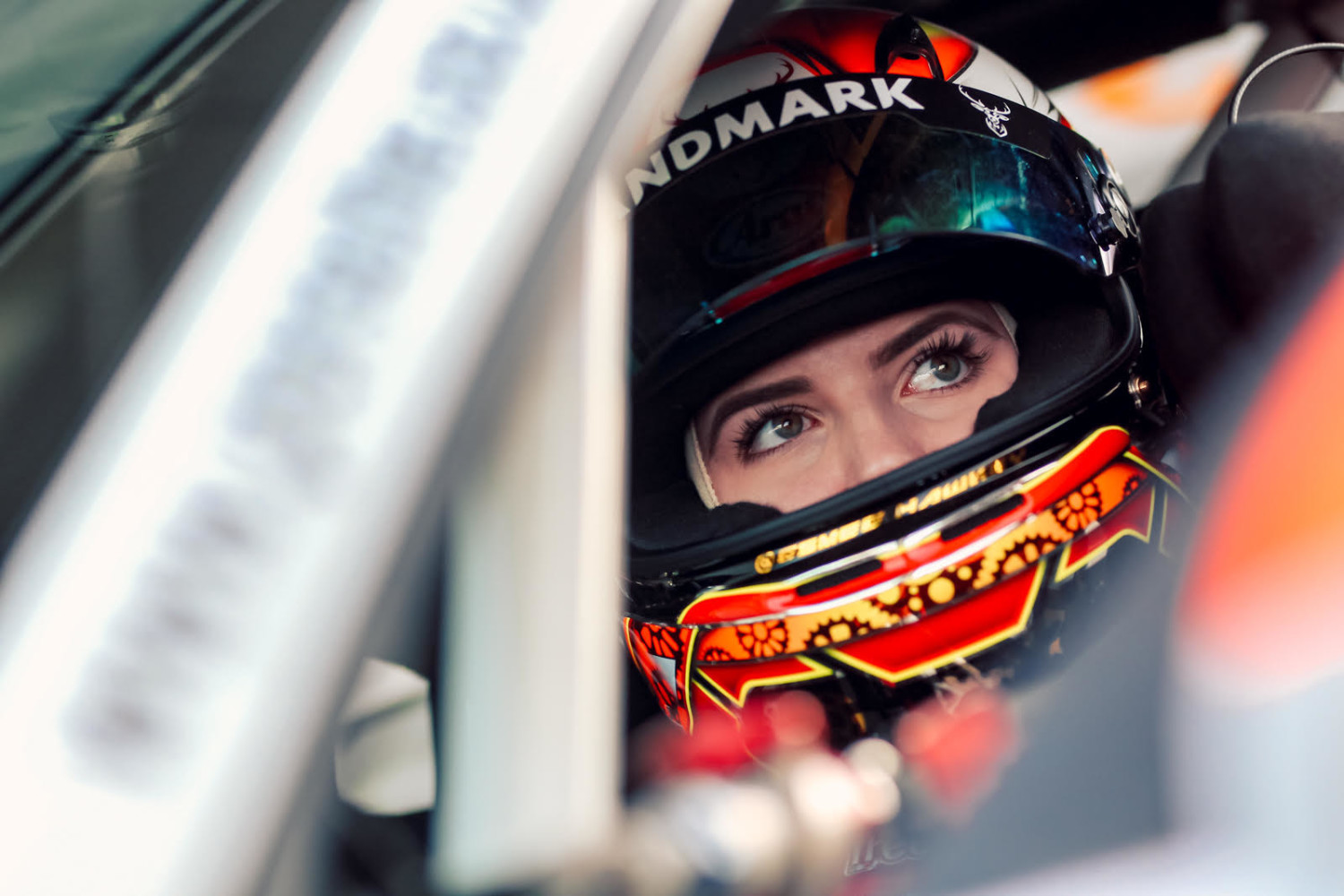 Hawkey: I Want This To Be The Year It All Comes Together

Ahead of this week's BTCC season-opener at Donington Park, MB Motorsport accelerated by Blue Square will be bringing you an exclusive interview with a team member each day as they share their thoughts, hopes and goals for the season ahead. Today is the turn of our development driver and #42, Esmee Hawkey, who can’t wait to begin her Porsche Carrera Cup GB campaign this weekend as it supports the BTCC at Donington Park.‍

As one of the most talented and popular female racing drivers in the country, Esmee Hawkey’s rise through the ranks has not gone unnoticed. This year she will contest her third season in the Porsche Carrera Cup GB series, combining those commitments with her Official Development Driver role at MB Motorsport accelerated by Blue Square.

It’s set to be her most competitive season to date with the potential to better her superb 2019 efforts where she took three Pro-Am victories on her way to finishing third overall in the category.

This year she switches to the title-winning Team Parker Racing, giving her even more opportunity to excel in a series she has made very much her own.

“This is the year everything has been building up to,” Esmee said. “I’ve got two years of learning, experience and success under my belt. I know how to get the best out of both myself and the car and I’m now seated in proven championship-winning machinery.

“We had a whirlwind year last year as we ran in both the Carrera Cup GB and the W Series. It was a fantastic experience to race domestically and internationally and sample two widely different disciplines but I’m very happy to focus my attention on one championship this year to really maximise my success in it.”

For the first time in her Carrera Cup GB career, Esmee will have a teammate in the shape of Ryan Ratcliffe. The benefits of having a sister car, in terms of data gathering and helping both drivers and the team to extract maximum performance from the cars. are well-documented. This is a prospect that has Esmee all the more keen to finally get the season underway.

“Being able to share information with your teammate is vitally important,” Esmee stresses. “It allows you to look together at where one of you might have a slight edge on the other and vice versa. Collectively you take all of that on-board and it makes you both better drivers for it - you learn off one another and push each other forward.

“In a slick environment such as TPR, that will count for even more. There’s a reason they won both the Pro-Am and Am classes last year and it will all combine to give us a really good foundation in which to challenge from. It’s the absolute best next step for me.”

The Carrera Cup GB series sits on the support bill for the BTCC, meaning Esmee will be competing alongside her MB Motorsport teammates at every round as they both push for success. For Esmee, it also means she’ll be able to tap into the team’s wealth of knowledge and experience throughout the year.

“It’s great that I’ll be able to see the MB Motorsport accelerated by Blue Square guys across a socially-distanced paddock!“

“I loved every second of the Snetterton test with them - driving the Honda Civic Type R was a completely new experience for me as it was the first time I’d driven a FWD car. It was also bucketing it down with rain but they made me feel so welcome and it was a really successful day. Hopefully we’ll all be enjoying some more success this weekend!”