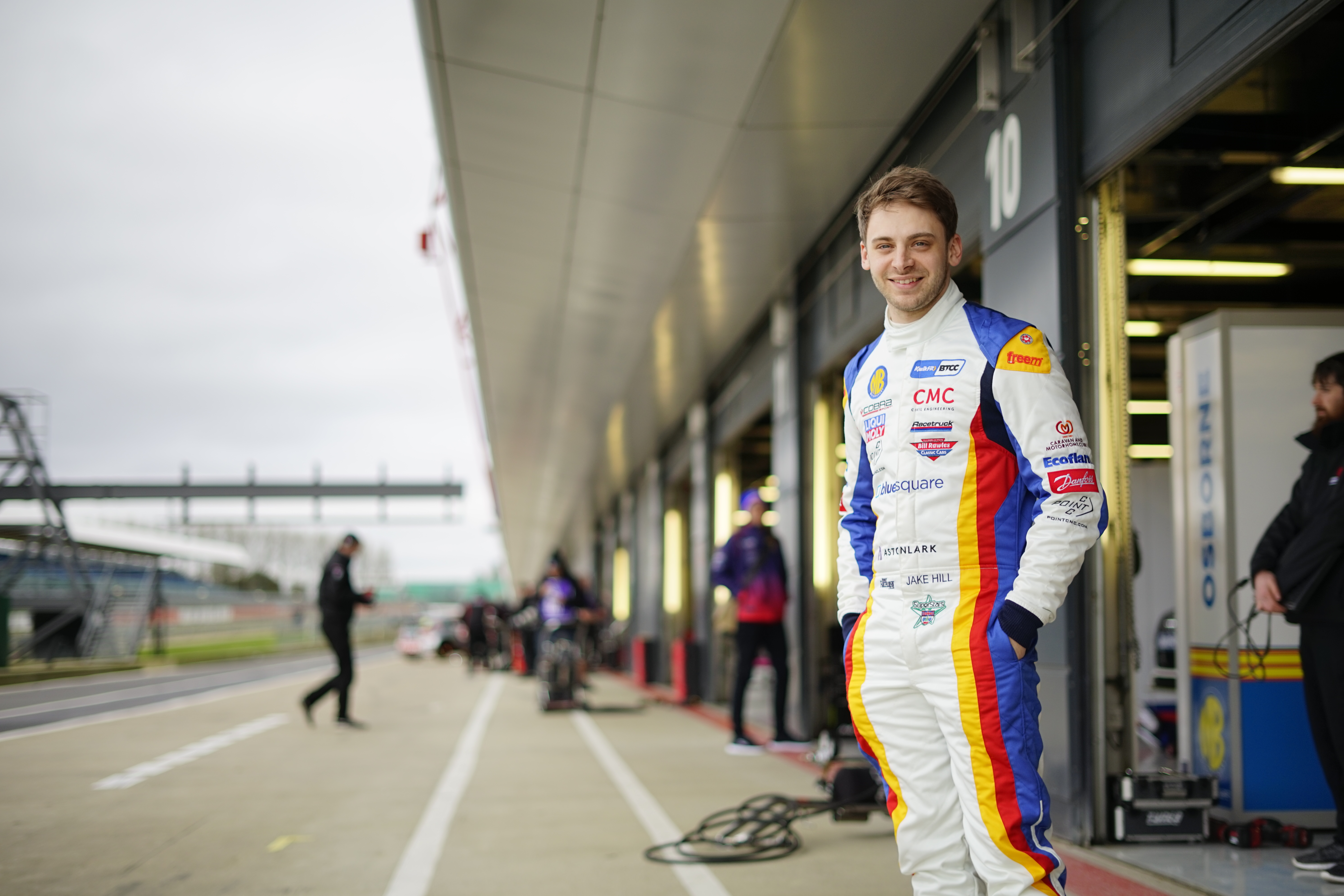 Hill: Now Is The Time For Me To Take That Next Step

Ahead of this weekend’s BTCC season-opener at Donington Park, MB Motorsport accelerated by Blue Square will be bringing you an exclusive interview with one team member each day as they share their thoughts, hopes and ambitions for the season ahead! Today is the turn of #24 driver, Jake Hill, who cannot wait to get back on track this weekend and is setting himself the highest of goals for the coming season.‍

In a season where he racked up his 100th British Touring Car Championship start, 2019 provided Jake Hill with his most successful BTCC campaign to date. Claiming points at every single round and a home podium in the season opener at Brands Hatch, the biggest highlight for the Kent-youngster saw him secure a maiden BTCC victory with a lights-to-flag success at Knockhill. Not satisfied with this level of success, Jake returns to the BTCC grid this weekend with the highest of ambitions for the 2020 season.‍

“Last year was a fantastic one for me and I owe a big thanks to the team at Trade Price Cars and everyone who supported me. Up until then, I felt like I had only had the opportunity to show glimpses of what I could do behind the wheel of a BTCC car. Last year gave me a consistent platform to show what I could do and I think the benefit of that was clear to see.”

“I’ve said it before though - this year is different for me. I’ve got proven championship-winning machinery underneath me and now is the time for me to take that next step in my BTCC career. I’ve got to go from the guy who everyone talks up as one of the grid’s promising youngsters to a proven and consistent contender, fighting it out at the front of the field each week.”‍

Jake’s fierce determination is clear and having worked so hard to get to this point in his BTCC career, he knows that the opportunity he has in 2020 is the one he has been waiting for and is desperate to grab it with both hands.‍

“It’s been mentioned plenty of times, but it is such hard work for us to make it onto the grid each season but we are incredibly lucky to have a wonderful array of partners that make that possible. Alongside that this year, the platform that MB Motorsport accelerated by Blue Square have offered me is second to none and I know that I have such an incredibly supportive and experienced team behind me.”

“As with any season, there’ll be some surprises and probably even more so with the current situation but we’ve got to take confidence from our preparation and the strength of our pre-season running. Not that that means we can stand still, we’re still looking for more every day and you really have to in the BTCC otherwise you end up going backwards pretty quickly.”‍

Through pre-season, Jake’s name has been a consistent figure towards the top of the timesheets impressing at the Silverstone Official Media Day and at this month’s Snetterton Goodyear Tyre Test. The 26-year-old knows though that those performances will count for little when it comes to lining up on the grid at Donington Park this weekend.‍

“You never really know what anyone else is up to in testing so you can’t read too much into the shadow boxing of it all. We know we are in a good place but race weekend is a completely different beast and I know I am going to have to be really on it against an incredibly strong grid this year.”

“I feel like every year I’ve been in the BTCC, we’ve taken a step forward and this year has to be our biggest yet. I’m stepping into big shoes in terms of the Independent Team’s and Drivers’ Champions and there are plenty who are looking really strong this year. I’m confident and raring to go and feel like I have everything in me and around me to make this year the most memorable yet.”