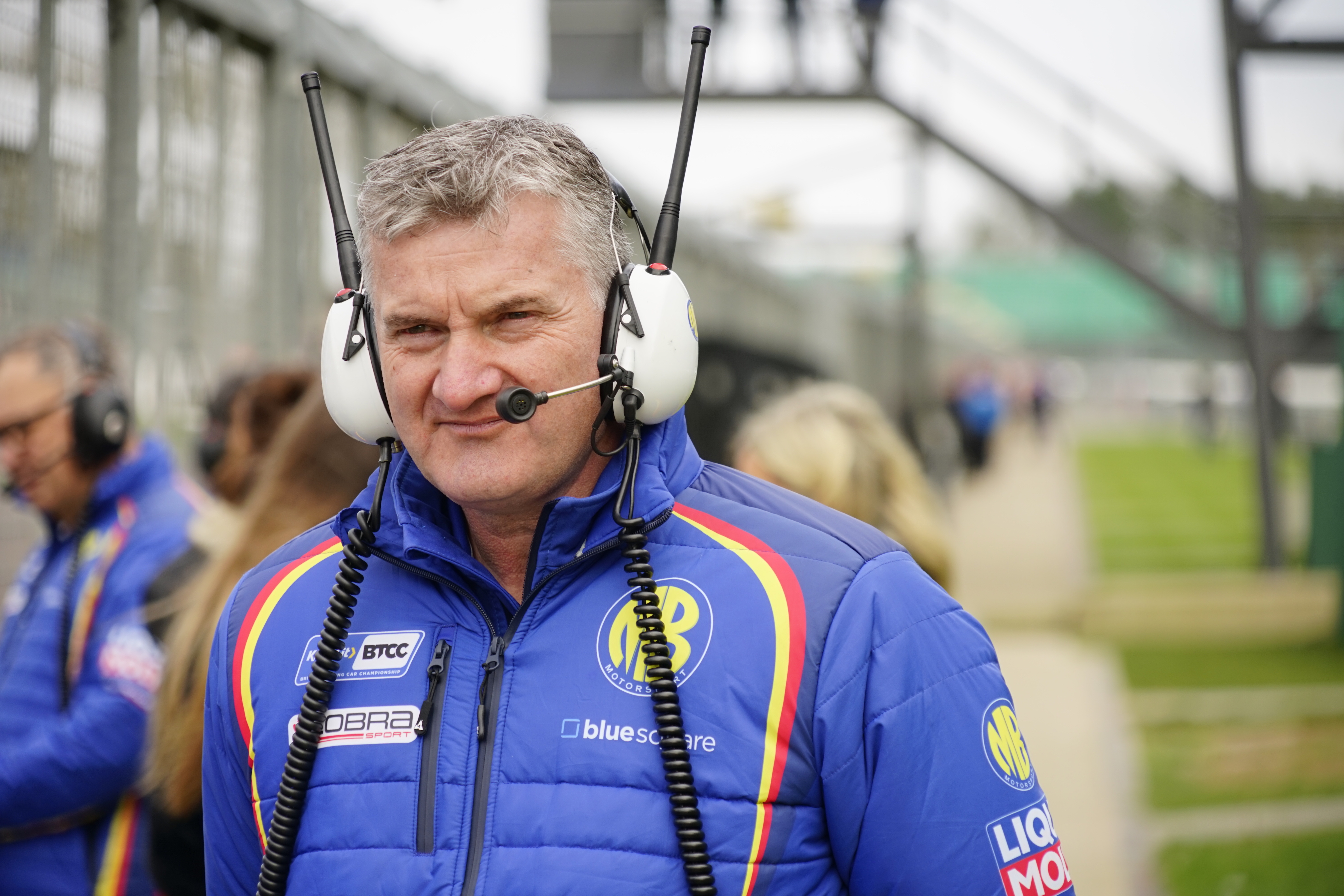 Hollamby: It Will Be The Most Exciting BTCC Season Yet

Ahead of this weekend’s BTCC season-opener at Donington Park, MB Motorsport accelerated by Blue Square will be bringing you an exclusive interview with a team member every day as they share their thoughts, hopes and ambitions for the season ahead! Today is the turn of Team Principal, Shaun Hollamby, who is looking forward to a new chapter in his lengthy BTCC career.

For many Independent team bosses in the British Touring Car Championship, you’d be forgiven for thinking that claiming the Independent Teams Championship and the Independent Drivers’ Championship in a single year would be as good as it could get. For Shaun Hollamby though, the motivation still burns as bright as ever as he heads into his eleventh straight BTCC campaign albeit this year in a different guise.

While the 2019 BTCC campaign remains the proudest achievement in Shaun’s involvement in the series, he has set himself and his team new challenges in the season ahead as he continues to embrace his role as Team Principal in the newly rebranded MB Motorsport accelerated by Blue Square outfit.

“Last year was a phenomenal year, we had a fantastic trio of drivers throughout the season in Rory [Butcher], Sam [Tordoff] and Mike [Bushell] backed up by an excellent team of people behind the scenes. As you can tell from my hair being so grey now, I’ve been around the Touring Car paddock for too long but last year was a huge step forward for us an operation. We showed we had the talent, the experience and intelligence to mix it with the big boys consistently.”

“I will always be thankful to everyone who worked so hard to achieve what we did but I think that for those who have motorsport in the blood, you never really reach an end goal. By all means, we had a couple of great celebrations but attention soon turns to the new season and new challenges. It was a huge effort to show that we could be right up there last year and an even bigger one this year to show that that success wasn’t a flash in the pan.”‍

Since the conclusion of the 2019 season, there have been sweeping changes for Shaun’s team with a completely new driver lineup backed up by a new team look too!‍

“The move to MB Motorsport accelerated by Blue Square was the logical next step in terms of the team’s development. Last year, we proved we had a front-running on-track operation. I’ve said it before but teaming up with Mark and his [MB Partners] team this year has taken us to a new level off-the-track too. You can see that already and although the current situation held back a couple of our plans, it’s meant we’ve been able to be a bit more resilient to the challenges than we may have been able to previously."

“On the driver front, I am really excited by the pairing we have this year in Jake [Hill] and Sam [Osborne]. Jake is someone I have known and supported for a long time. He’s always had an incredible amount of talent but I think last season was his real breakthrough year and a lot more people are now recognising the incredible level of talent he has. That brings more pressure with it, but knowing Jake’s character, that’ll be something he will relish this year.”

“With Sam, we have a driver with an incredible amount of potential. I have always said that the BTCC takes a year for any driver to get to grips with, no matter your background. Last year was a massive learning curve for Sam and we are really confident that he will reap the benefits of that experience this year. He has worked as hard as anyone I’ve ever seen this pre-season and he deserves to turn a few heads this year.”‍

Even for someone with as much BTCC experience as Shaun, the 2020 season has thrown up new challenges and quirks for the team to contend with. Acknowledging that the truncated season is going to put more pressure on every team up and down the pit lane, Shaun is actually excited at how this will impact what the legions of BTCC fans will see on the track.‍

“We owe an incredible amount of thanks to the hard work of so many in what has been a national effort through this pandemic and particularly to the NHS. Without those efforts, we would still be in the situation that everyone found themselves in earlier in the year. Through that period, we have worked incredibly hard alongside our partners to amend plans, innovate and create a programme that we are still really excited about bringing to life.”

“It goes without saying but this will be a season like no other. Within the first five weeks of the campaign, we’ll be nearly halfway through the year’s races so everyone is going to be so desperate to get off to a strong start that those first few rounds are going to be brilliant to watch.”

“As an organisation, we’ve got new challenges; back-to-back weekends between Oulton Park and Knockhill come to mind but it’s only going to result in even more drama I think. TOCA have done a fantastic job in getting the biggest show in UK motorsport back on the road and I’ve a feeling it will be one of the most exciting seasons yet.”