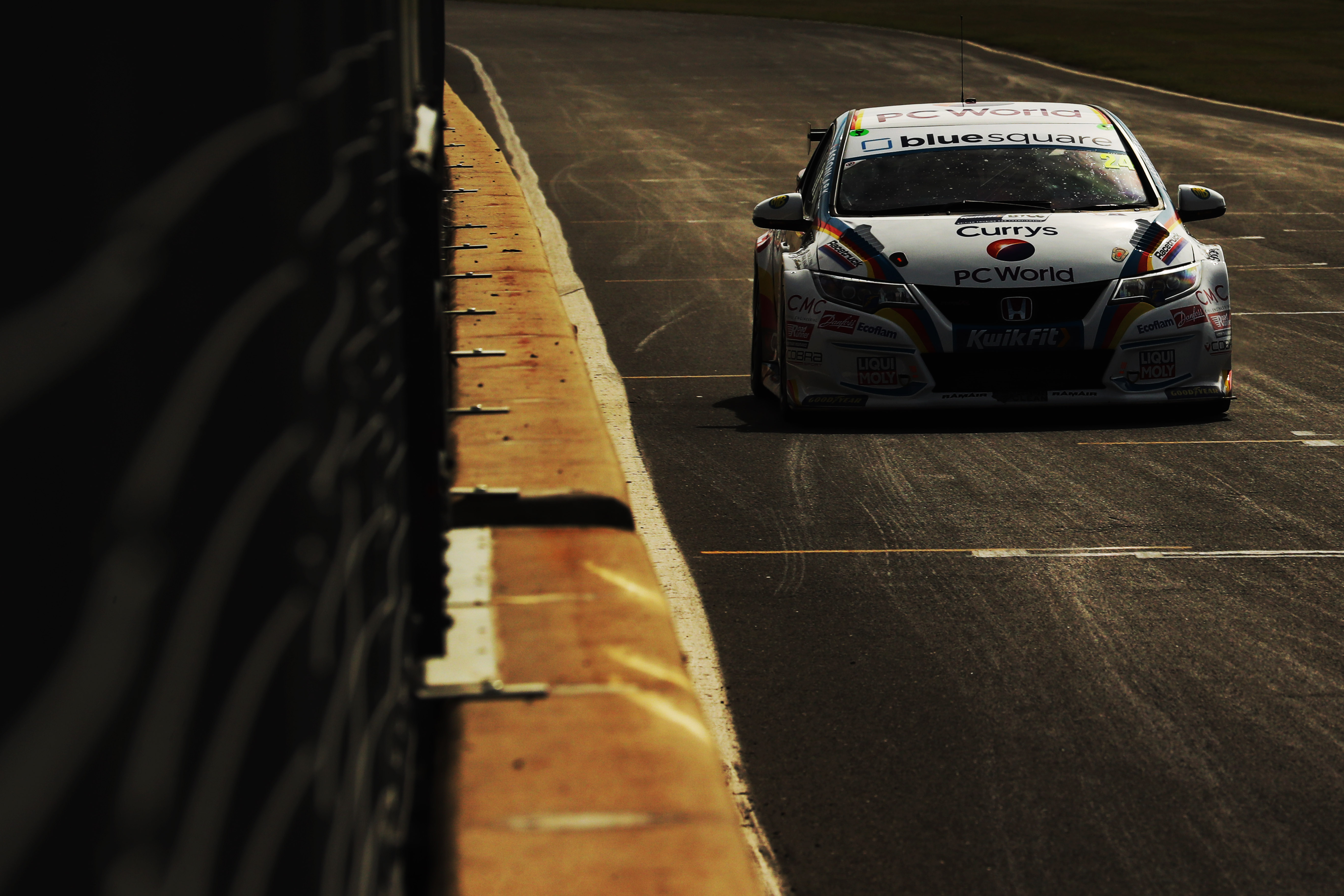 The MB Motorsport accelerated by Blue Square team enjoyed a strong start to the two-day long Goodyear tyre test at Snetterton as preparations continue ahead of the opening rounds of the 2020 Kwik Fit British Touring Car Championship season.

The test marked the first time that both Jake Hill and Sam Osborne had been able to get behind the wheel of their Honda Civic Type Rs since the season launch at Silverstone back in March, with the ongoing COVID-19 pandemic bringing a halt to all on-track action and leading to the start of the campaign being delayed until August.

Despite the time away from the car, Jake wasted little time in getting up to speed at the wheel of the #24 Honda, becoming the first driver to dip below the two minute mark around the longest circuit on the BTCC schedule to set the early benchmark.

Completing a solid 31 laps during the morning running, Jake would leave his quickest lap until just before the lunch interval as he secured the fourth fastest time.

For team-mate Sam, the test provides further opportunity to get up to speed with the Honda, and he too enjoyed a productive morning with 40 laps logged in the #4 Civic; the second highest figure amongst the 26 drivers present.

Improving his lap times throughout the opening three and a half hours of running, Sam would also set his fastest lap shortly before lunch and ended up 19th quickest, just two-tenths of a second behind multiple champion Matt Neal.

Rain during the lunch break would then prevent either driver from seeking to improve on their times during the afternoon, although both Jake and Sam would take to the track to gain further knowledge of the Honda in wet weather conditions.

The test will continue on Wednesday, where Sam will be joined on track by MB Motorsport accelerated by Blue Square's Official Development Driver Esmee Hawkey, who takes over from Jake for her first taste of BTCC machinery.

Shaun Hollamby, Team Principal, MB Motorsport accelerated by Blue Square:
"It was great to see both Sam and Jake get back out there today and although we had a little amount of dry running, both cars have worked through extensive programmes that will put us in a good place as we move another step closer to the first round at Donington Park. We haven't had a lot of running in the wet so although the rain made it a bit of stop-start day, we'll see the benefit when it comes round to the real thing."

Jake Hill, #24 MB Motorsport accelerated by Blue Square Honda Civic Type R:
"After such a long wait it was great to get back out there today. It's been another really positive day, getting through a lot of things that we needed to and get ourselves and the car in the best place we can be before heading to Donington. Tomorrow is a different role for me supporting the team from outside the car and I'm looking forward to working with Esmee as she gets her first experience of the MB Motorsport Honda Civic."

Sam Osborne, #4 MB Motorsport accelerated by Blue Square Honda Civic Type R:
"It's been another good day for us getting plenty of laps under our belt in the morning. The afternoon was a wet one but it gave us the opportunity to work through some things that we haven't had the chance to yet. We haven't had much running in the wet yet so it was good to get the chance today. We've made steps forward every time we've been in the car so tomorrow we'll be looking for more of the same."

Esmee Hawkey, #42 MB Motorsport accelerated by Blue Square Honda Civic Type R:
"Today has been a great day to familiarise myself with the processes of the team. I've had the chance to talk lots of things through with Sam and Jake and the engineering team, getting a real understanding of the data, which is all really important before I get behind the wheel tomorrow!"