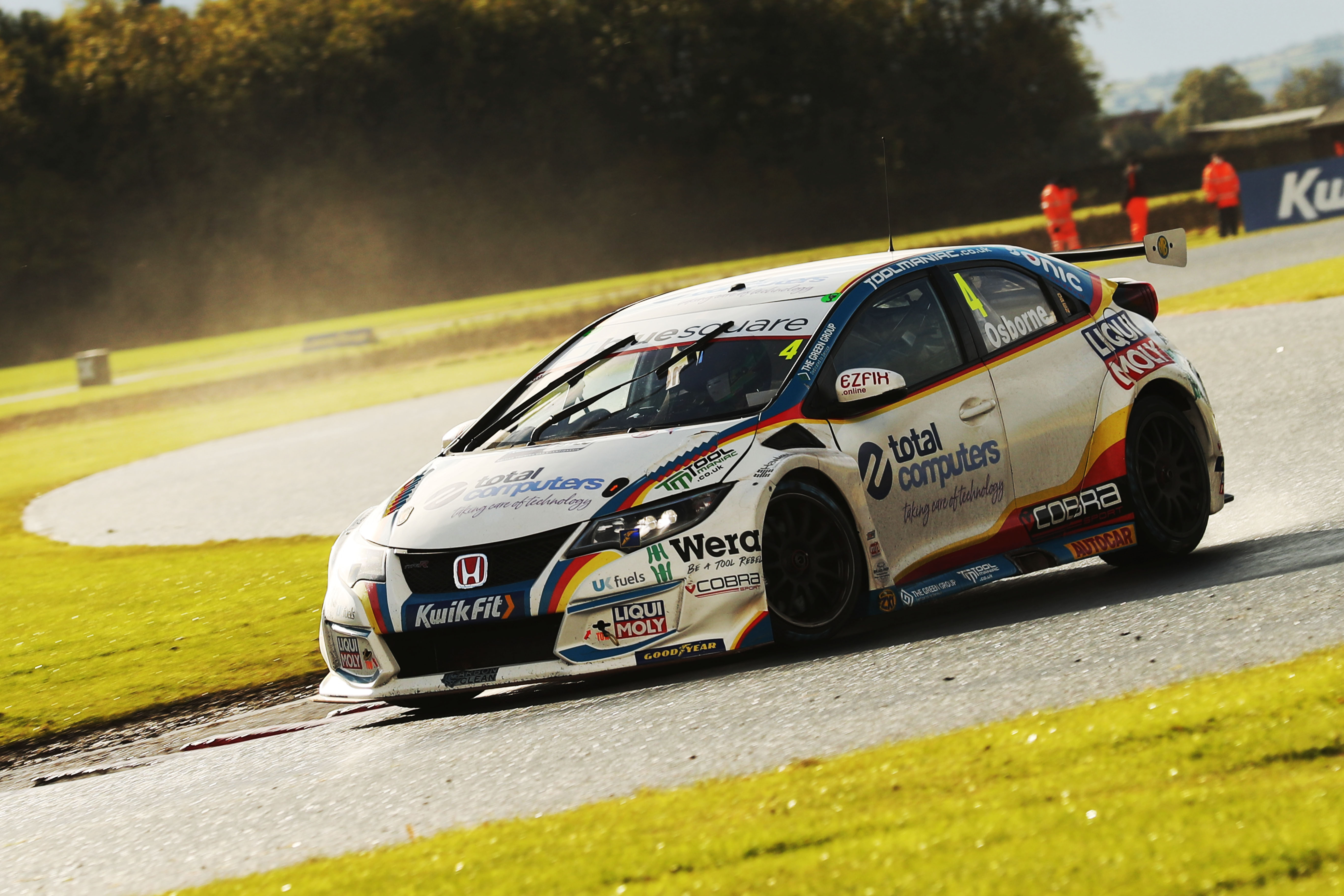 MB Motorsport accelerated by Blue Square revved up for Snetterton

Entering the penultimate round of the 2020 Kwik Fit British Touring Car Championship campaign, MB Motorsport accelerated by Blue Square are revved up as they head to Snetterton Circuit.

The team arrive at the Norfolk circuit fresh off the back of a fruitful race weekend at Croft, where the team enjoyed its most successful outing to date with a double podium finish courtesy of Jake Hill - who also enjoyed his joint best-ever qualifying result of second place.

The Croft race weekend also saw a positive performance from Sam Osborne too who claimed two points finishes across the three races, including a sublime recovery drive from the back of the grid in race two that saw him climb 11 places to 14th and give the team a double points-scoring result.

Spurred on by the momentum of Croft, the team approach Snetterton in a confident mood and look to achieve similar success this time around.

At 2.97-miles long, the 300 layout means Snetterton is the longest circuit on the calendar and offers a varied blend of corners to create a unique challenge for drivers. Designed by owner Jonathan Palmer, the track draws inspiration from corners on some of the world’s most revered race circuits, such as Monza’s Parabolica and the L’Epingle hairpin at Circuit Gilles Villenueve in Montreal.

The circuit will also host a new, one-off qualifying session for the weekend to provide even more excitement on Saturday afternoon. Replacing the usual 30-minute session, all drivers will have a slightly-reduced window of 25 minutes in which to set their best lap times. From there, the ten fastest competitors will advance to a ten-minute pole position shootout to decide the final grid order for the opening race.

During the session, the team will be aiming high with Jake pursuing his eighth consecutive top-ten qualifying result of the season and Sam hoping for another strong performance to place himself in contention for points once again.

The weekend will also mark the 200th start for Jake’s car in the opening race and a single point will suffice to see it reach a total score tally of 1,000 points.

Sam has made crucial gains in the Jack Sears Trophy to move up to third place, just seven points behind Carl Boardley in second place and will look to make further progress this weekend. In the Goodyear Wingfoot Award, Jake occupies fourth place and is fast approaching the top three.

Elsewhere, MB Motorsport accelerated by Blue Square development driver Esmee Hawkey is back in action as the Porsche Carrera Cup GB series resumes at Snetterton after a month-long break. The 22-year-old enters the weekend with a 19-point lead in the Pro-Am championship after her clean sweep of class wins at Silverstone last month.

Shaun Hollamby, Team Principal, MB Motorsport accelerated by Blue Square:
“We were absolutely delighted to leave Croft with two podiums and our best-ever weekend. We’ve really found our groove in this latter stage of the season and we’ve no plans of slowing down. We took a win here last year so we know the car can perform strongly and I’m sure that both Jake and Sam will be on full attack mode.”

Mark Blundell, Sporting Director, MB Motorsport accelerated by Blue Square:‍
“It was great to see our success at Croft and celebrate that with our fans and partners. It’s given us a strong base on which to build on this weekend as we strive to achieve even more. Past form suggests we’re in for a really positive weekend and Jake and Sam are both firing on all cylinders at the moment so there’s a lot to look forward to.”

Jake Hill, #24 MB Motorsport accelerated by Blue Square Honda Civic Type R:‍
“I’m still riding high from Croft and my best-ever weekend in the BTCC and I’ll be using that momentum this weekend! I really enjoy Snetterton and get on well with it, I had two top-ten results here last year and know I can better that this time around.”

Sam Osborne, #4 MB Motorsport accelerated by Blue Square Honda Civic Type R:
“I came away from Croft with my first double score of the season which was a real positive. Strong performances like that really help to keep your confidence up and that will only help this weekend. The snapshot of the Jack Sears Trophy is really close and there’s a lot to play for so I’ll be giving it my all from the get-go on Saturday morning.”

Esmee Hawkey, MB Motorsport accelerated by Blue Square, Official Development Driver:
“It’s been a long month with no racing so I’m thrilled to be getting back in the car this weekend. It’s been a great season so far and I’m hoping I’ll have more reason to celebrate at the end of the weekend. I’m in a really good place coming into it, I feel well-rested and ready to tackle the weekend head-on and hopefully claim some more silverware!”