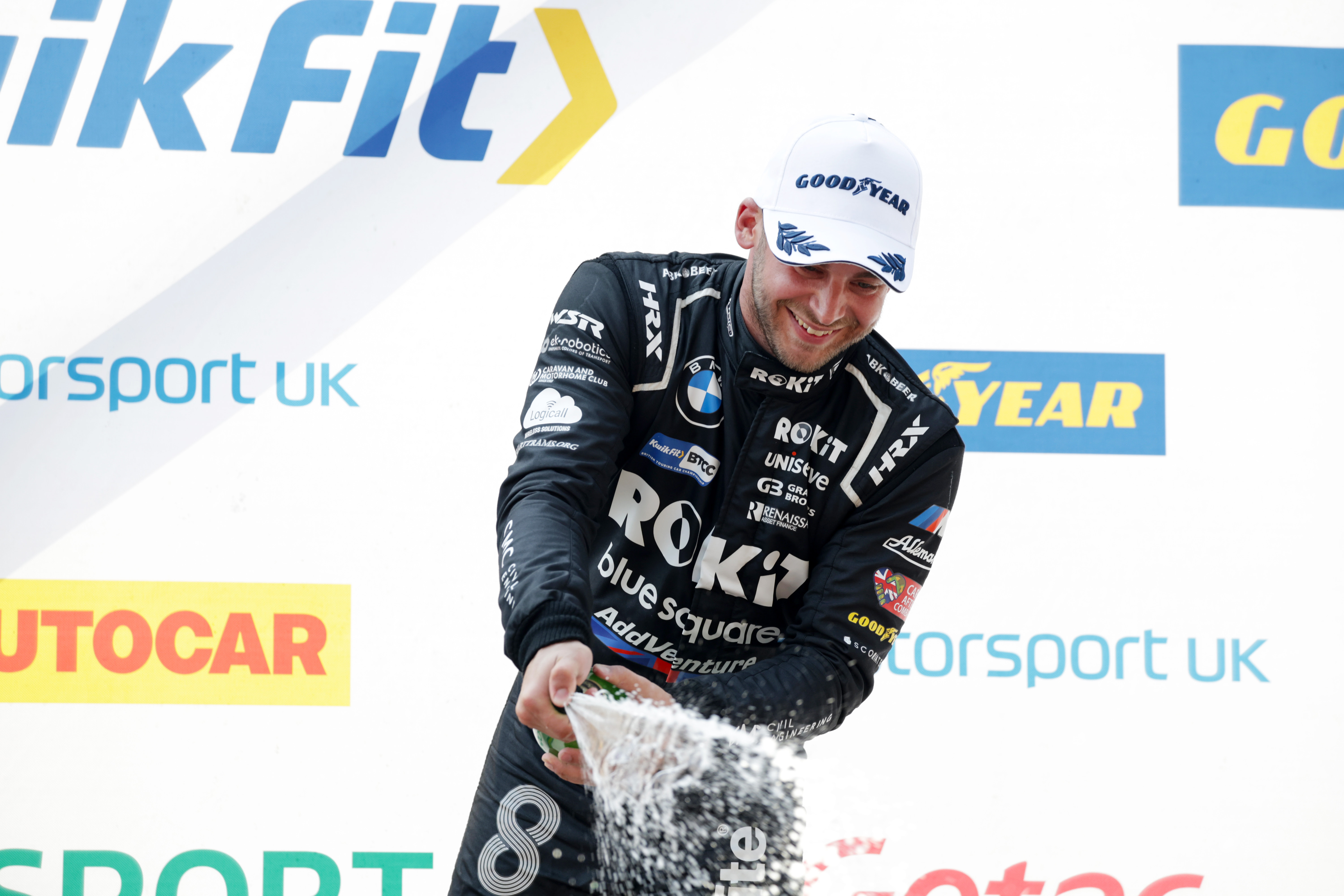 ROKiT MB Motorsport and Jake Hill claimed a front row start and a brace of podium finishes in round seven of the 2022 Kwik Fit British Touring Car Championship at Snetterton Circuit - picking up a strong haul of 45 points from the weekend and moving up to 3rd in the Drivers' Championship.

After finishing the first two practice sessions of the weekend in second and first place respectively, a super qualifying performance followed which saw Jake secure his fifth front row start of the season as he qualified in second place for the opening race of the weekend. Jake had run the majority of the session in provisional pole position but was pipped to P1 by WSR stablemate Colin Turkington by only 0.065-seconds on the longest circuit of the BTCC calendar.

Hot weather set the scene for race day and when the lights went out for race one at Snetterton, Jake got a strong start and went toe-to-toe with Turkington as they battled for the race lead from the off. With little between the two drivers, Jake delivered a conservative drive and brought his ROKiT BMW home in second place to record another podium finish and another front row start for race two.

The opening lap of the second race was one to remember as Jake and Turkington ran side-by-side for the entirety of the lap - as the battle swung one way and then the other. Eventually, Turkington just edged ahead but Jake remained on his tail until the finish to bag another second-place podium finish at Snetterton - making it five consecutive podium finishes and Jake's ninth of the 2022 campaign, equalling his career-best amount of podiums in one season set last year.

For the final race of the weekend, the reverse grid race, Jake was drawn an 8th place starting position and showed his racing talent as he progressed through the order whilst avoiding any dramas that would cost him vital points in his championship fight.

Gaining three places in race three, Jake took the chequered flag for the final time at Snetterton from fifth place and rounded out a sensational weekend in Norfolk.

A fantastic haul of 45 points added to the 59 points scored at Knockhill meaning he has scored the most points of any driver (104) since returning from the summer break and has moved ahead of Sutton into 3rd in the Drivers' Championship, only 9 points behind Ingram and 24 off championship leader Turkington with 9 races remaining.

Jake Hill, #24 ROKiT MB Motorsport:
“This weekend was incredibly tough in the heat, not only for us drivers but for the teams and the cars also. I'm extremely pleased to have recorded another front-row start and to pick up a couple of podium finishes. Huge thank you to the ROKiT MB Motorsport and WSR crew for giving me such a great car this weekend - the results are a testament to all of the hard work they do behind the scenes. Roll on Thruxton!"

Mark Blundell, Sporting Director, MB Motorsport:
“Jake and the team showed their class this weekend, in what was probably the most challenging weekend for man and machine in recent times! Jake was on form from word go and the results this weekend reflect that. Every round he's progressed up the championship order which just highlights his and the team's efforts this season! I'd also like to congratulate WSR on their third consecutive pole position, a brace of one-two finishes, and a fantastic weekend all round."