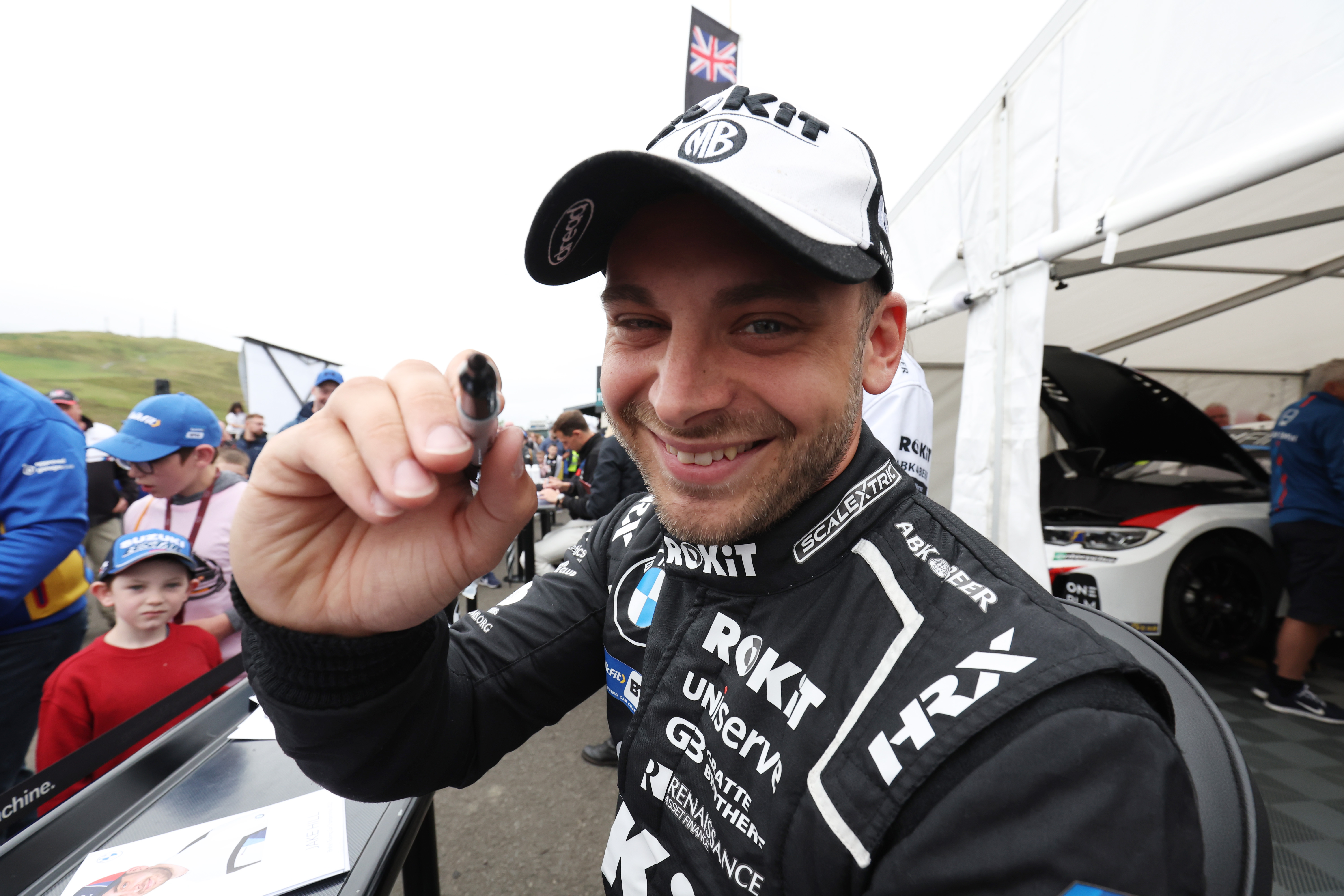 ROKiT MB Motorsport team will head back to Thruxton for the second time in the 2022 campaign to contest the eighth round of the Kwik Fit British Touring Car Championship.

Arriving at the fastest circuit on the calendar once again, ROKiT MB Motorsport are set to do battle on the 2.36-mile circuit in Hampshire and are hoping to build on Jake's remarkable record at Thruxton of six podium finishes in the previous nine BTCC races, as well as two front-row starts in the two previous visits.

Boasting the highest average speed of any circuit on the BTCC calendar, Thruxton pushes both driver and machine to their limits. Featuring 11 corners - most of which form fast, sweeping bends alongside the quick right-left complex at the final chicane of Club, the circuit is also one of the longest of the year.

Buoyed from a front-row start and double podium finish last time out at Snetterton, ROKiT MB Motorsport's Jake Hill recorded a fantastic haul of 45 points, added to the 59 points scored at Knockhill, meaning he has scored the most points of any driver (104) since returning from the summer break and has moved into 3rd in the Drivers' Championship, only 24 points from the championship leader with 9 races remaining.

As a result of this success, Jake will have 3 seconds of Hybrid power to use per lap in qualifying, giving up to an additional 30bhp when deployed, then in race one, Jake will be without the use of the full 15 seconds for eight of the laps in race one. The amount of hybrid laps available for the remaining two races is then dependent on Jake’s finishing position in each of the previous races - the higher he finishes the fewer laps he will have to use in the subsequent race.

Riding the high of two successful rounds since the summer break, Jake is excited to get back on track with his WSR-run BMW 330e M Sport.

“We've been in really good form since the summer break and my ROKiT MB Motorsport and WSR team have delivered me a fantastic car which I've been able to get some strong results with. We've been on the podium in five of the six last races, so the goal is to continue this form as we hope to move even higher up in the championship. The standings are really tight, so we can't afford to drop any points and will need to maximise the potential this car has!"

“Jake and the team have been in tremendous form recently and we need to continue that into Thruxton this weekend. Jake had a strong weekend here earlier in the year so I'm confident he will be battling at the front once again. The championship is really tight so consistency is going to be key as we enter the crunch part of the season!"

Coverage of the weekend’s action will be available across the ITV network - with Saturday’s qualifying available to watch online at itv.com/btcc from 15:25. An exciting day of racing on Sunday sees all the day's races live on ITV4 at 11:45, 14:35 and 17:20. All races will also be available online through the ITV Hub, with live timing also available for all sessions via TSL-Timing.com.