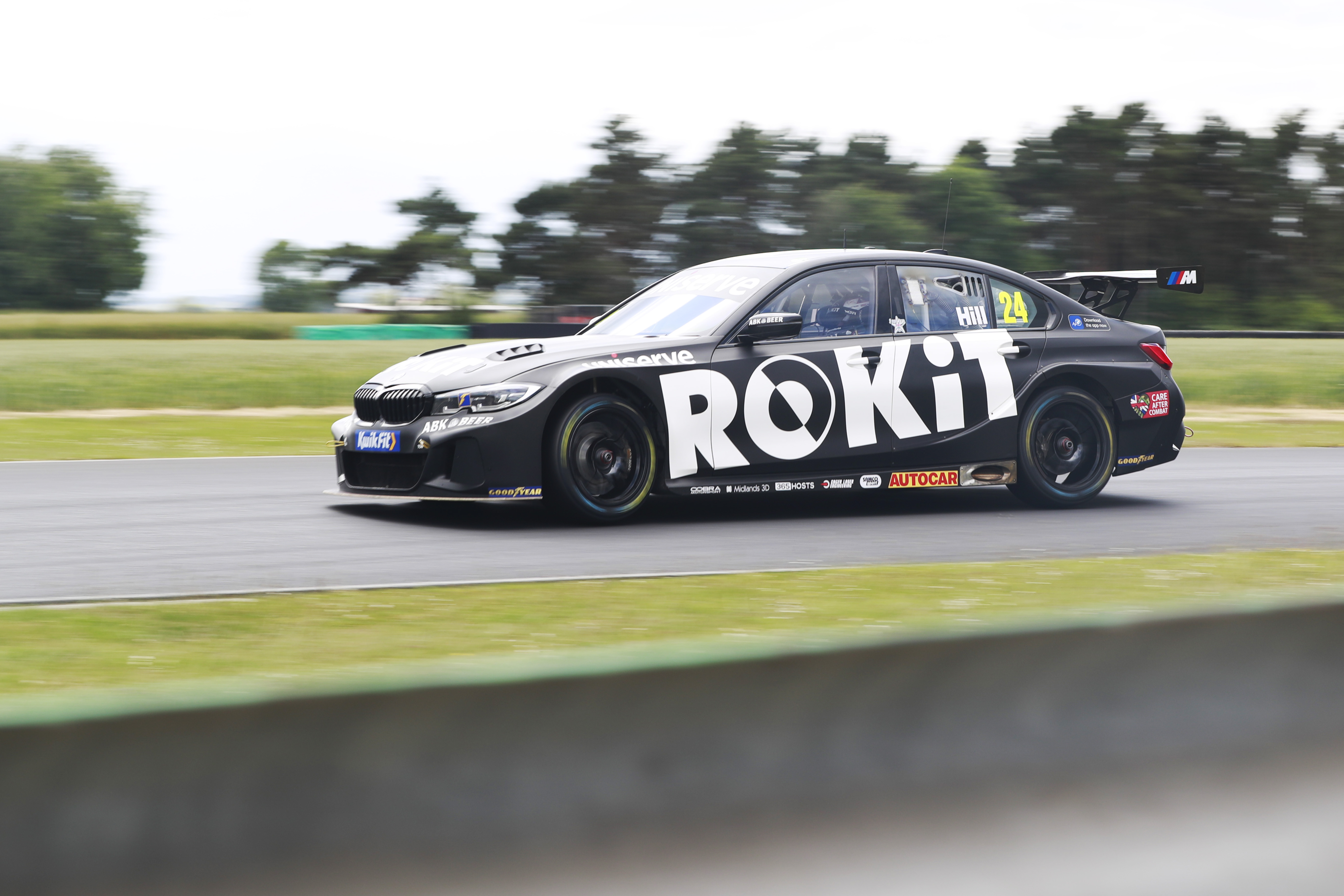 ROKiT MB Motorsport team will head across the border and into Scotland for the sixth round of the 2022 Kwik Fit British Touring Car Championship at Knockhill Circuit.

A happy hunting ground for the team and Jake Hill in recent times, Jake has finished on the podium on his last three visits to the circuit, twice with MB Motorsport, and including his maiden victory in the BTCC in 2019.

The undulating, tight and twisty 1.27-mile circuit is one of the most popular on the calendar with bumper-to-bumper racing providing an unmissable amount of action as the second half of the 2022 season kick starts.

Having scored one race victory, three second-place finishes, a pole position and two fastest laps - Jake currently occupies fifth place in the Drivers' Championship standings, with 154 points. His strong qualifying form has also rewarded him second place in the Goodyear Wingfoot Award standings for the strongest qualifier on the grid.

As a result, Jake will have six seconds of Hybrid power to use per lap in qualifying, giving up to an additional 30bhp when deployed, then in race one, Jake will be without the use of the full 15 seconds for seven of the laps in race one. The amount of hybrid laps available for the remaining two races is then dependent on Jake’s finishing position in each of the previous races - the higher he finishes the fewer laps he will have to use in the subsequent race.

Heading to Knockhill, Jake looks forward to getting back behind the wheel of his WSR-run BMW 330e M Sport.

“Knockhill will always be one of my favourites on the calendar as it is the circuit I took my first victory in the championship at. I've run strongly here in recent times with MB Motorsport and we have enjoyed a few more trips to the podium. Last time out at Croft we bagged ourselves three top-five finishes, which was a successful points haul, but now we want to get back on the podium and fight for race wins!"

“Knockhill is always a special weekend, there's just no circuit that's as unique as Knockhill! Jake won his first race here when we were teammates in 2019, and he's delivered us a podium finish for MB Motorsport every year since. The aim this weekend is to get back on the podium and score some strong points, which I know Jake and the team are more than capable of doing so!"

Coverage of the weekend’s action will be available across the ITV network - with Saturday’s qualifying available to watch online at itv.com/btcc from 15:30. An exciting programme of racing on Sunday sees races one and two shown live on ITV's main channel at 12:08 and 14:15 respectively, before moving to ITV4 for the final race of the day at 17:10. All races will also be available online through the ITV Hub, with live timing also available for all sessions via TSL-Timing.com.